Intruder in the house!!

A couple of weeks ago i was admiring my ever expanding troop of sparrows in my garden, the group are now up to 100 strong and are steadily eating me out of house and home.

Then all hell broke loose! A terrible screech was coming from the lounge and it sounded as though something was coming to a very sticky end.

I walked into the lounge to be confronted by a female sparrow hawk chasing one of my sparrows around the room, it had come in through the conservatory doors and was about to dismember the poor sparrow. Literally for 10 seconds it was so intent on lunch that it did not realise i was in the room.

When it finally noticed me it was out like a shot with the petrified sparrow a tail feather behind it. 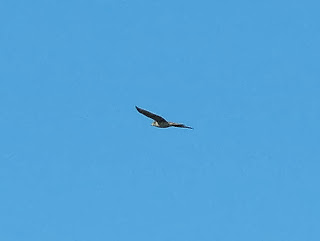 more on this later.

Sunday afternoon walk down the valley resulted in some top stuff. Pheasants and french partridge scurrying around as usual and have managed to avoid the local guns. Dozens of Goldfinch and Linnet as well as good numbers of Meadow pipit.

Moorehen were a plenty as were coots and cormorant. Grey heron struggled in the gusts of wind but the local Kestrel and Buzzard were showing off their aerial prowess.

Lots of Great and Blue tits were busy in the hedgerows and as i followed the course of the river derwent it was noticeable that otter footprints were evident all the way along the banks.

Then a stunning Kingfisher shot across the river. Brilliant!!! Snipe hanging around.

Crystal clear water that must be a good sign?

Then if things could not get any better not one but two Green sandpipers were feeding on the river mud flats too distant and nervous to get a piccie.

And the naff pic of the sparrow hawk?

This bird put on a stunning performance flying just above the river in hot pursuit of a sparrow.

Question? was it the same one from my house???