Still not seen any Barn Owls in the valley it is now a real concern, it looks like the early floods this year have had a catastrophic knock on effect with regards to the mice and vole populations.

Had a stroll along the derwent today and was pleased to see two Kingfishers chasing each other along the bank.A few Teal about and distant views of about 30 Whoopers. 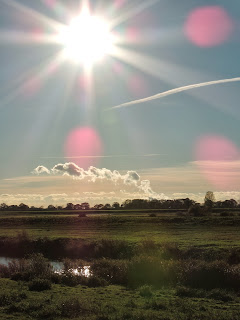 Distant views of about 30 Whoopers. 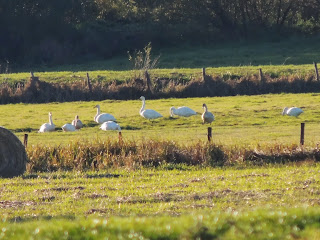 Fieldfare were active about 25+ making their own distinctive calls. Didn't notice any Redwing among them.

Plenty of evidence of Otters on the river bank but as usual did not get to see any.
The water at the moment is crystal clear and seems to be teaming with fish so maybe i will bump into the elusive Otters at some point.

Th weather at the moment is cold with the remains of last nights ground frost evident but having said that i came across this Thistle which seems to having a late burst of flower (seems late to me!) 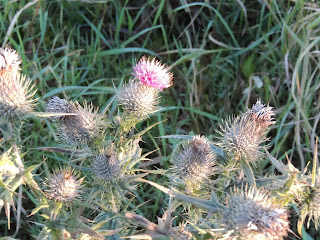 The crop of willows has been harvested so as you can see the nearby power station is at full throttle. 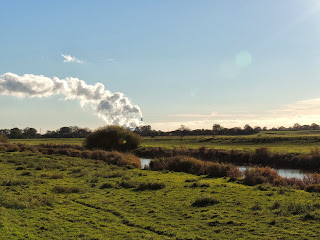 The Mute swans seemed to be enjoying the late sunshine until they were disturbed by the local farmer in his land rover but they did not seem that bothered.

I will try again tomorrow and maybe find out a bit more about the lack of Barn Owls on the patch. 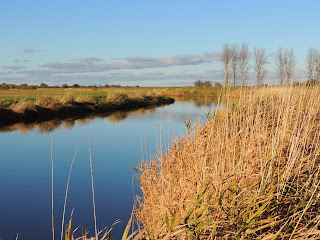 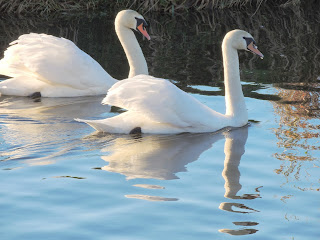