Change of scenery today as her indoors wanted a post chrimbo walk.
Started from the village and headed East all the usual village stuff sparrows, collared doves, pigeons,starlings,jackdaw,crows,rooks,great and blue tits chaffinch,wren,robin and blackbirds,mistle and song thrush also seen. 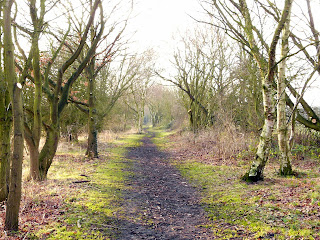 headed along a local path no waxwing but a massive flock (2500+) woodpigeon, then came across a mixed flock of sparrows and finches,40+ in with the flock I observed chaffinch,siskin,brambling,greenfinch and my first corn buntings of the year. Moving on we eventually arrived at Foggathorpe 20+ mix of redpoll and linnet with some reed bunting and bull finches also around in the shrubs. One of the redpoll was very pale (but i'm not going into that here!!!) A flock of 20 pink footed geese flew over heading towards Bubwith. 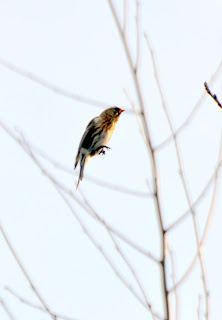 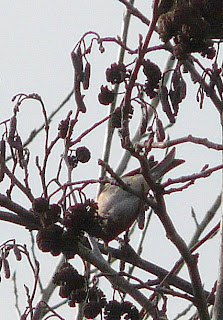 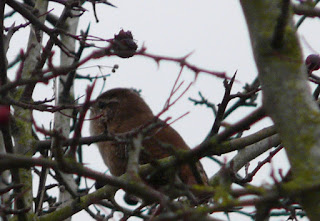 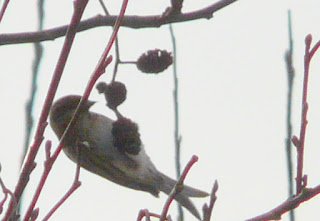 still good numbers of fieldfare and redwing in the distant trees. 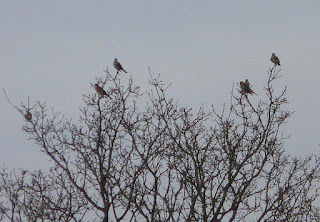 Loads more common stuff and another very nice jay flew across a nearby field.We then moved onto the ponds and had two barn owls fly around and then away,moving to the next field e had wigeon,teal and a very nice grey heron as well as a nice flock of 8 snipe feeding on the ponds.

2 mutes were finding our presence curious so we left them to it and moved on.More woodpigeon flying around 1000+ and lots of agitated crows,rooks and jackdaws. Pheasant,english and french partridge were also seen.

Walking back home yellow hammer and more large finch flocks were noted.Arrived home and decided to spend the last hour at the carrs, suprised to see a busy car park and sure enough the GS hide was almost full joined AWBIRDER and others and observed pintail, pochard and huge numbers of gull BHG and black backed as well as herring gulls were seen. No barn owl or bewicks but they are still in the valley.

A pretty good day all in all but the bones and joints are getting their own back now!!!
Posted by Zing's LDV at 8:41:00 pm