Had a look at to see how much white stuff had landed overnight 2-3 inches was the answer and I quickly realised that the bird feeders were totally empty!!!

Having filled all the feeders and the water trough I returned to the warmth of the house,straight away a single fieldfare flew in and started to tuck into the feast I had laid out in the garden.He/She was quickly joined by two dunnocks a robin and several blackbirds,then the starlings arrived to help clear the bread on the snow.

I decided to have a walk around the village and noticed several bullfinch rummaging around in the shrubs,what was obvious was the huge number of fieldfare in the hedgerows (100+) GSW flew over and a large flock of long tailed tits were observed desperately trying to find food in the shrubs. 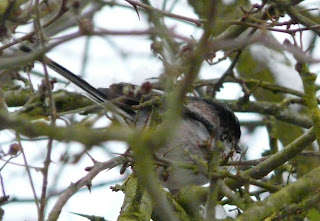 I then spotted something moving around in the shrubs turned out to be a dunnock. 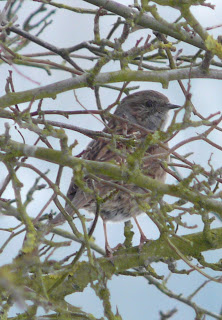 walked a bit further flushing out dozens of fieldfare in the process they really are very vocal and hungry. 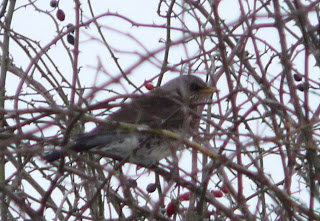 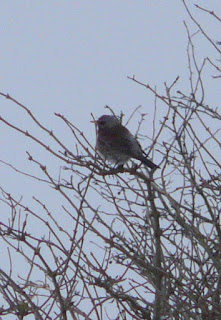 I decided to move on and see if any barn owls were about found one but sadly he refused to come out of his box obviously much warmer where he was I decided to leave him alone and move on.On arrival at Bubwith bridge it was clear that the river had dropped by a significant amount and visible to all was a huge number of waders golden plover,redshank and snipe in number.wigeon and teal also in big numbers. 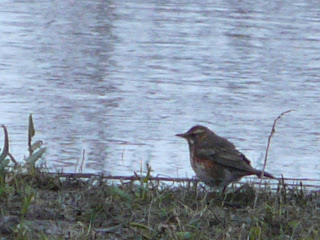 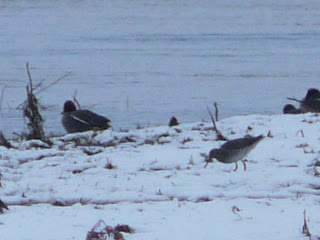 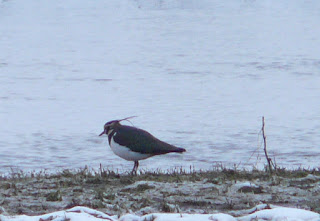 I must admit the poor lapwings looked frozen but they were very vocal and were seen to be flying high and then dive bombing other members of the group. 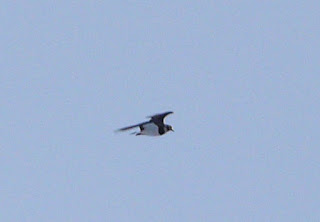 Snipe were now all over the place hunting and probing for food in the mud. 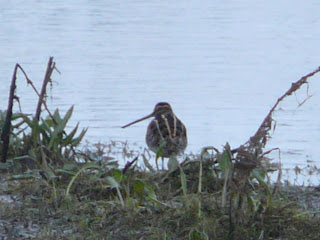 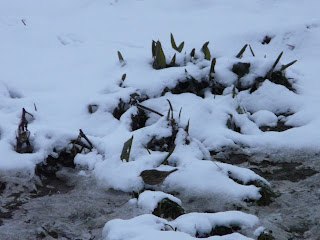 I then decided to move onto the GS hide at north duff carrs the light had not been great all day and the mist was descending fast so int the hide stacks of lapwings and a huge flock of Whooper swans (80+) mutes around as well as the usual teal and wigeon,wrens foraging outside the hide and at one point 7 yes 7 robins were seen outside the hide fighting and looking for food, two bewicks flew in late on and as usual the huge gull roost was building up nicely I hope we get some better visibility tomorrow. 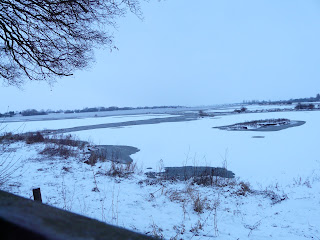