Another brisk walk on the local patch this morning and I noticed a huge flock of Fieldfare (300+) they were obviously very hungry and were also very vocal.Nothing else except for the usual robin,wren,great tits and blue tits although all the blue tits I came across were all feeding on the floor. 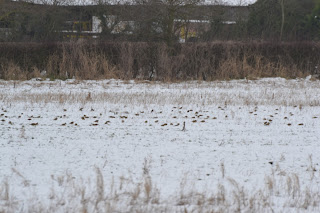 Moved onto Aughton and had a look around the church could see lots of teal and wigeon across the ings but not much else so decided to have a look around Bubwith bridge one of the huge Aughton buzzards was seen roosting in the top of a roadside tree it flew off as soon as I stopped the car.
Nothing like as many birds as yesterday but there were a lot more walkers out today as the flood water is dropping fast, more on that later.
Good size flocks of lapwing and yet more fieldfare and redwing still plenty of snipe around and 6-8 redshank.
Reed buntings were numerous (8-10) as were chaffinch and the local sparrow population is still looking healthy.Several collared dove were flying around and a constant stream of incoming gulls were seen 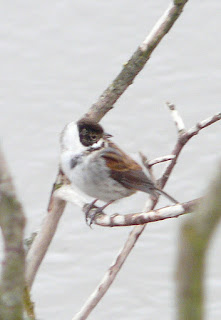 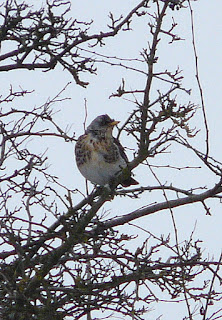 popped into the GS hide and thankfully I was greeted by my regular barn owl pheasants and partridge running around in the fields, plenty of crows rooks and jackdaws hanging around.
Shortly after getting settled in an empty hide all the visible teal and wigeon on the river were seriously spooked by something, I followed the flock and observed a single Marsh harrier gliding down the river.

I was then joined by three other birders and within 5 minutes one of them had picked out the male scaup dozing off on the icy water loads of pochard and 100+ tufted duck were seen.Pintails looking good in the fading light lots of whoopers near the still flooded garganey hide but numbers were well down on yesterday. 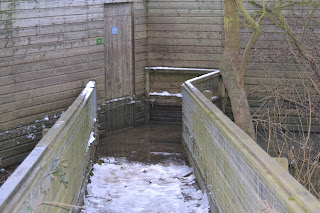 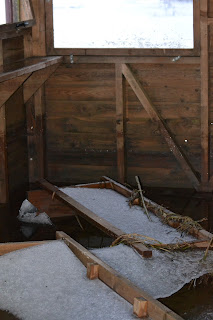 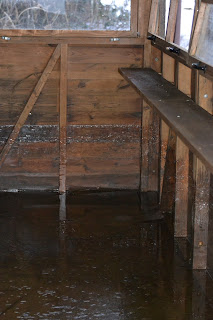 Think this will take some drying out!!!!

more redshank and snipe flying over and a huge flock of starlings, walking back to the GS hide I had chaffinch, great tit,blue tit robin and a very busy goldcrest. 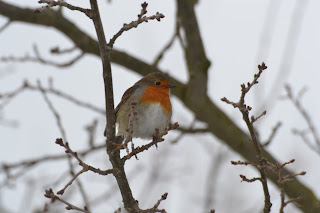 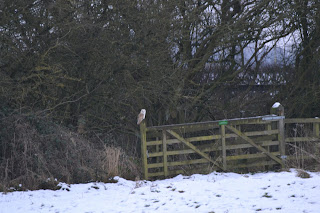